About our speaker: Sanam Naraghi-Anderlini is co-founder of the International Civil Society Action Network (ICAN). Between 2005-14, she was a Research Associate and Senior Fellow at the MIT Center for International Studies. In 2011, she was the first Senior Expert on Gender and Inclusion on the UN's Mediation Standby Team. For nearly two decades she has been a leading international advocate, researcher, trainer and writer on conflict prevention and peace-building. In 2000, she was among the civil society drafters of UN Security Council Resolution 1325 on women, peace and security.

Between 2002 and 2005, as Director of the Women Waging Peace Policy Commission, Ms. Anderlini led ground breaking field research on women's contributions to conflict prevention, security and peacemaking in 12 countries. Since 2005, she has also provided strategic guidance and training to key UN agencies, the UK government and NGOs worldwide, including leading a UNFPA/UNDP needs assessment into Maoist cantonment sites in Nepal. Between 2008 - 2010, Ms. Anderlini was Lead Consultant for a 10-country UNDP global initiative on "Gender, Community Security and Social Cohesion" with a focus on men's experiences in crisis settings.

She has served on the Advisory Board of the UN Democracy Fund (UNDEF), and was appointed to the Civil Society Advisory Group (CSAG) on Resolution 1325, chaired by Mary Robinson in 2010. In 2013, she was appointed to the Working Group on Gender and Inclusion of the Sustainable Development Network for the post-2015 agenda. Anderlini currently serves on the Senior Advisory Council of World Learning and the Board of the National Iranian American Council (NIAC).

Ms. Anderlini has published extensively on gender, peace and security issues, including the book Women building peace: What they do, why it matters. She is the 2014 recipient of the United Nations Association of the National Capital Area Perdita Huston Award for human rights. She holds an M.Phil in Social Anthropology from Cambridge University. Iranian by birth, she is a UK citizen, and has twin daughters.
ICAN areas of activity: 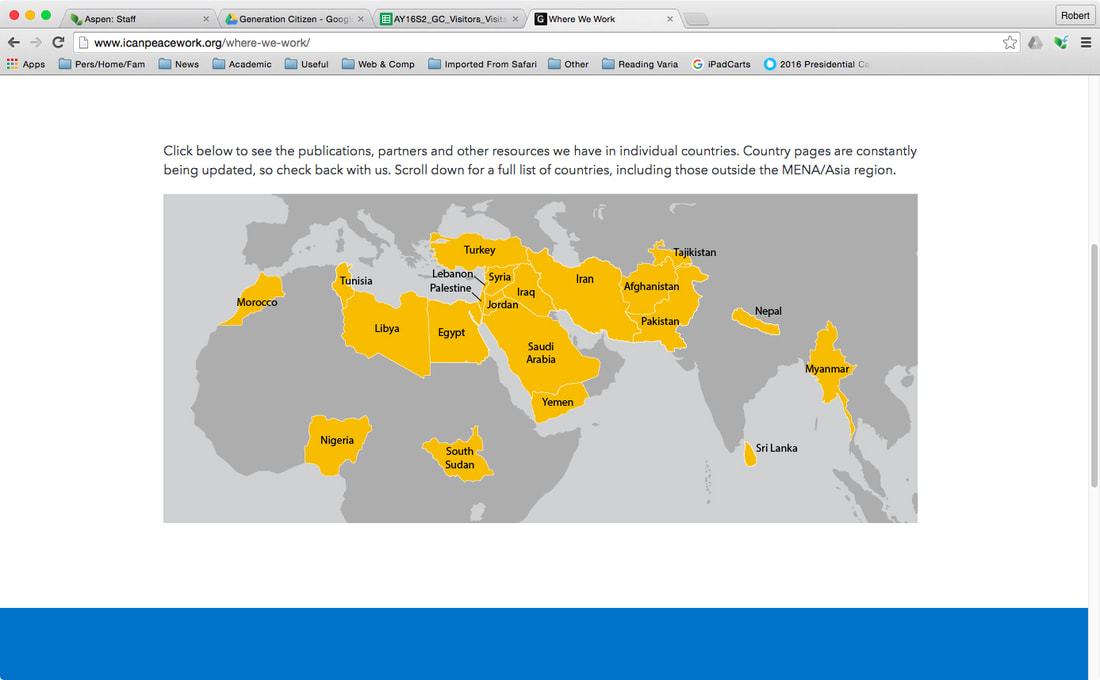 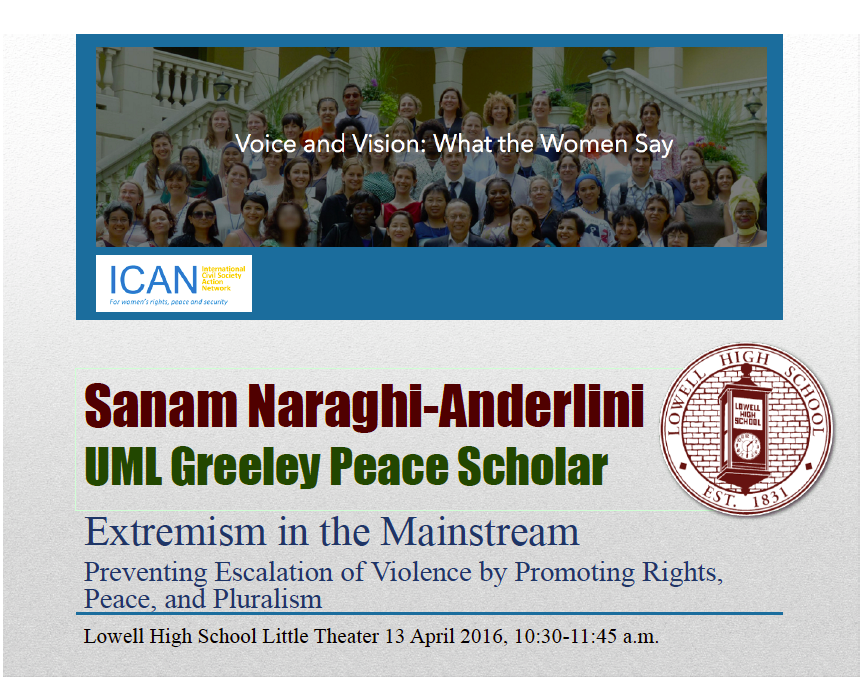